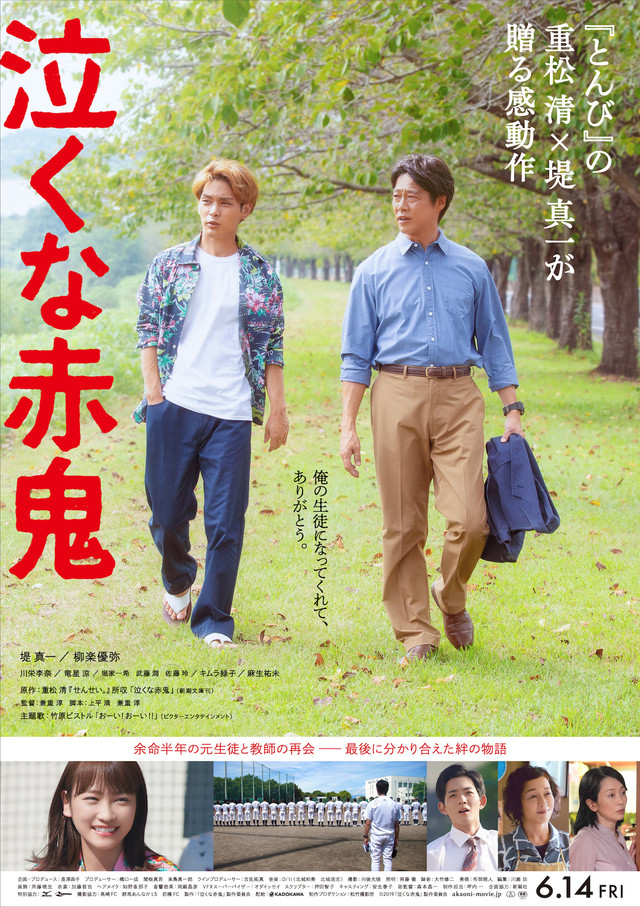 Takashi Obuchi (Shinichi Tsutsumi) was once a high school baseball coach. He was called "Red Demon Teacher" because of his tan red face and energetic instructions. He is now a tired, middle-aged man.