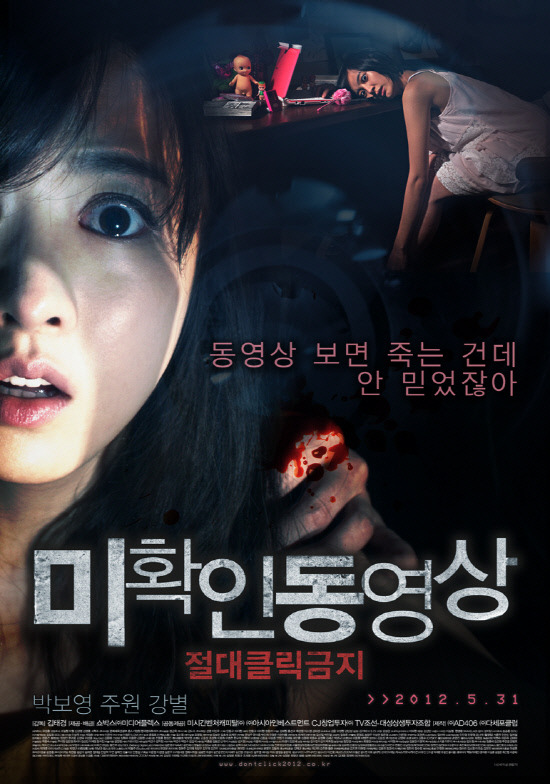 A video known as the "forbidden video" gains attention on the internet. Jung-Mi asks her sister's boyfriend Joon-Hyuk, who works for a special investigation team for cyber crimes, to download the file. After watching the video a series of strange events occurs to Jung-Mi. It's up to older sister See-Hee now to save her sister ... JooWon_Fan Aug 19 2015 9:04 am This movie really scared me! The acting of the actors/actresses is really good, very realistic. I love it. The story is also good. Thumbs up for this!

But what the hell happened to the ending? I mean It's good but i think it should be a happy ending right? I know that horror film does not often end in a happy ending-stuffs like that but, you know, *sigh* I JUST WANT TO AN HAPPY ENDING!!!! Lol

KMSLotherhalf Mar 14 2014 8:43 am Near the end I'd thought they will all gonna die, but then they let SeHee to survive -_- Well in my opinion it's better that to die than to live after that trauma xD And seriously don't they have any neighbors? It's like they were screaming to death as in really loud and no one can hear that? Heol! xD

jj Oct 04 2013 10:57 am This movie has been broadcasted in my local TV for 2 times in same year. It's very good movie. if you're fan horror movie,Don't click is very recommended to watch

jj Oct 04 2013 10:57 am This movie has been broadcasted in my local TV for 2 times in different channel. It's very good movie. if you're fan horror movie,Don't click is very recommended to watch

TashaLoveJooWon Dec 10 2011 9:40 pm I want to see this movie!I want to see Joo Won and Bo young acting together!