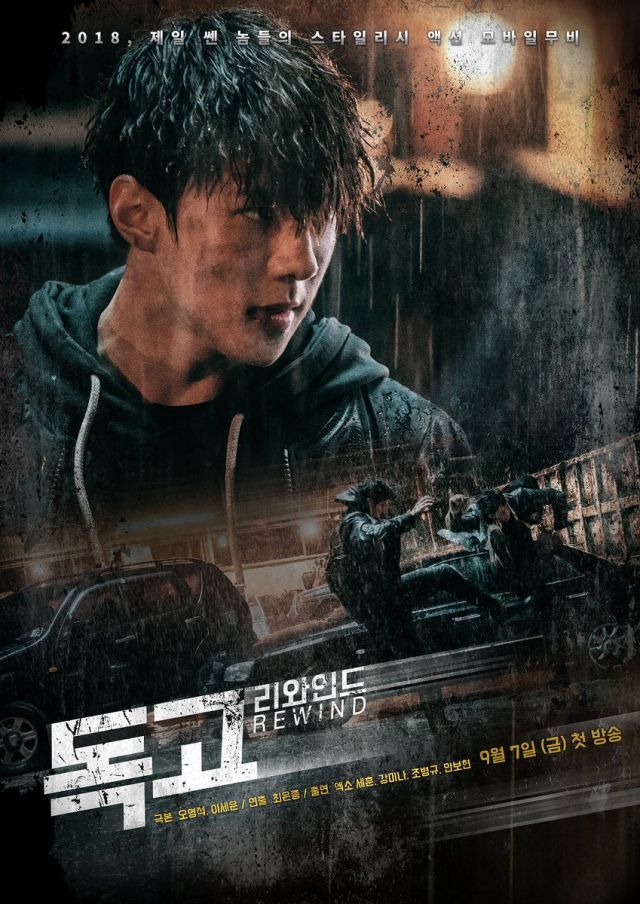 Kang-Hyuk (Sehun) is good at fighting. He has dropped out of school and hangs out with his two friends who are also dropouts.

One day, Kang-Hyuk saves Kyu-Soon (Yoo In-Hwan) from some disorderly students. Kyu-Soon ask Kang-Hyuk to teach him how to fight. Kyu-Soon explains that he wants to protect his younger sister Hyun-Sun (Kang Mi-Na). Kang-Hyuk accepts the offer for help and they become friends. Later, Kyu-Soon is beaten to death. Kang-Hyuk decides to take revenge on the students responsible for Kyu-Soon’s death.

Jong-Il (Joe Byeong-Gyu) and Tae-Jin (Ahn Bo-Hyun) are also sick of the violence caused by the disorderly high school students and join Kang-Hyuk.

Hina Apr 29 2020 8:40 am I'm so stupid for watch it this late, when this drama first airing i didn't watch it because i thought it would be weird to see sehun act in serious role and play twin role

Mona M Jul 03 2019 4:21 am Please season 2, I am an adult and I love love the series because I know are kids are living that kind of live in school "bully" it is really bad now around the world...

Evelyn Jun 19 2019 12:26 pm Could be interesting, but plot points were not developed properly and abandoned as soon as they were picked up. The main lead’s acting was pretty green, and his character was one-dimensional with no relevant character trait besides being a good fighter...but the worst part was the glorification of violence. The main characters only fight, violence is never condemned -in fact justified- and these scenes take up a looooong time + are the majority of the drama, so skip if that’s not your thing. also where are the adults.

Sehun Jjang Jan 02 2019 10:55 am I just watched the drama and I can't took a breath when the fight scene come. My man, Oh Sehun, you've worked hard baby. And another cast did great too, and I fell in love with Jo Byung Kyu hehehe. Season 2 please TT

Exol Dec 27 2018 1:35 pm I was doubting about sehuns acting.but it was fine.but the worst thing is the drama ended right when story was getting really interesting.

Umbareen Nov 30 2018 7:54 am This is one of the best drama i watched. The cast was fabulous.Thier acting was on point. The action scenes were damn good. Oh sehun and Jo byeong gyu stole the show. Desperately need season 2. Much love to Dokgo rewind ❤

Errie Nov 24 2018 5:28 am Great story with the great actor!! All of them looks so cool I'm exol and i'm falling in love with kim jong il ❤ I hope there will be season 2 with the same actors

moonligh_exo Nov 18 2018 8:26 am Amazing! Sehun is really great actor and has great chemistry with the others, i love it