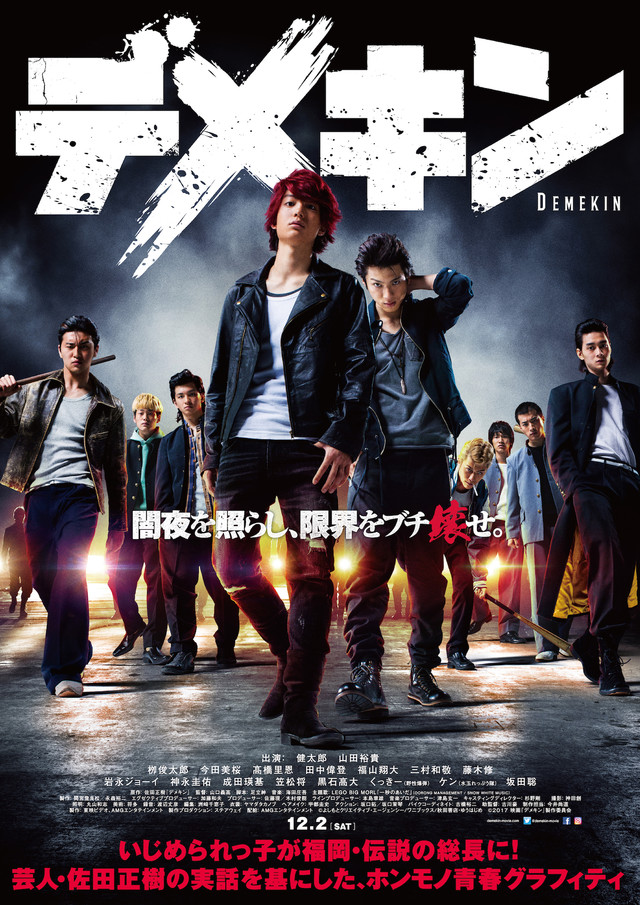 As a child, Masaki Sata (Kentaro Ito) was teased and bullied because of his appearance and called “Demekin” (popeyed goldfish). He decided to fight back and eventually became unbeatable in fights. His red hair also became a trademark. Masaki Sata and his buddy Atsunari (Yuki Yamada) then spent their days fighting and riding motorcycles. After middle school, Masaki Sata went on to high school and Atsunari begins to work at a ramen restaurant.

One day, Atsunari comes up with the idea of starting a motorcyle gang with Masaki Sata. What awaits for them are enemies.