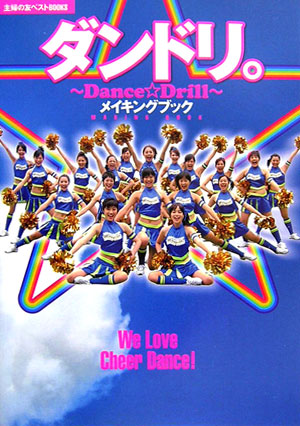 This is an original drama series focusing on the sport known as cheer dancing, which will probably be attracting more and more attention in Japan in the future. It's a heartwarming comedy depicting the everyday lives and tender feelings of girl high school students, including their smiles and tears and never-say-die spirit. Cheer dancing is a type of cheerleading performance that includes various dance elements. Acrobatic movements are forbidden. What's important is a good sense of choreography, expressive power and, above all, a good team spirit. The story focuses on a cheerleading club who are considered to be leading contenders. It's only the team of Kaname Aikawa that's lacking in experienced performers with a good sense of rhythm. They fail to qualify in the first competition they appear in. It was the worst performance in the history of the school's dance drill club.But that defeat acts as the impetus for them to increase their practice time and leads to a major change for all of them.