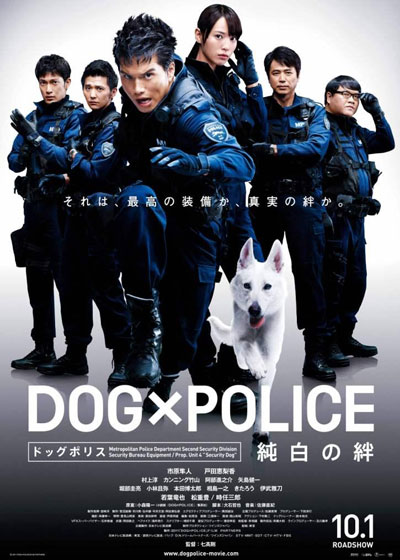 Yusaku Hayakawa (Hayato Ichihara) dreamed of one day becoming a detective. Instead, he now works as a trainer for police dogs at the Tokyo Metropolitan Police Department. One day, Yusaku gets an Albino Shepherd named Shiro who others say can never become a police dog due to a genetic disorder. Nevertheless, Yusaku and Shiro become attached as Yusako trains Shiro to become a guard dog. Sometimes guard dogs are treated as equipement and other times required to become a human shield. Yusaku and female police officer Natsuki (Erika Toda) are against this. A series of explosions then take place ...