Curse of the Sun 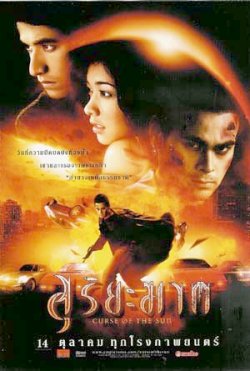 Totsapark died in a car crash driving to see his girlfriend, on same the day of an eclipse. Dr. Pun awakens Totsapark's dead spirit to use as a killer weapon. Totsapark is resurrected as a terrible zombie, and begins pursuing his girlfriend... Overview: Totsapark (Paul Wisut Carrley), a young man died instantly after a car crash accident while he was driving to see his girlfriend, the day he died was on the same time the eclipse was descended. Dr. Pun, who has the knowledge of incarnation, awakes Totsapark's spirit from the death as he wants to use the spirit to be a killer weapon. Totsapark is resurrected as a terrible zombie, he's pursuing Jiratikan (Ornjira Lamwilai) who was his girlfriend when he was alive. When Jiratikan trying to escape from her zombie lover, Wut (Sittiporn Niyom) gives a hand to help her and finds out the truth behind the cause of the living dead.