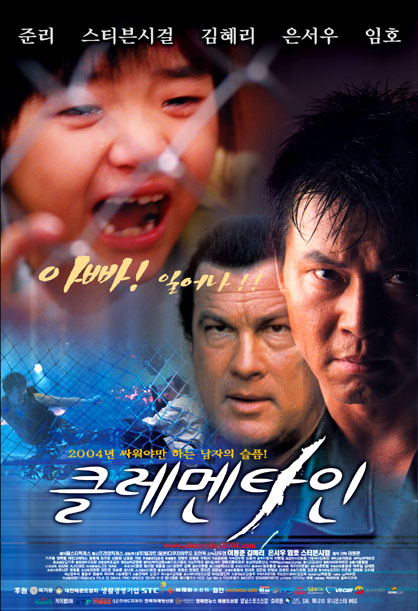 “Clementine” stars late-’40s or early-’50s Jun Lee as Kim Seung-hyun, a South Korean Taekwondo champ who, as the film opens, is cheated out of a tournament win against an American competitor. Because the tournament (apparently for the World Champion of Taekwondo or some such) transpired in Las Vegas, those wacky Americans have rigged the fight. Meanwhile, at the very same moment back in Korea, Kim’s wife goes into labor and gives birth. The wife dies, leaving Kim to raise precocious SaRang by himself.

Eight years later, single dad Kim is kicked off the police department for using excessive force (he didn’t just beat up some gangsters, but when told to apologize, he beat them up again). As luck would have it, the gangsters’ boss was present at the last beat-down (the third, I believe); the boss, a short fellow with bad taste in glasses, is convinced Kim is his ticket to making some big bucks. And thus begins Kim’s journey in the world of illegal underground fights.