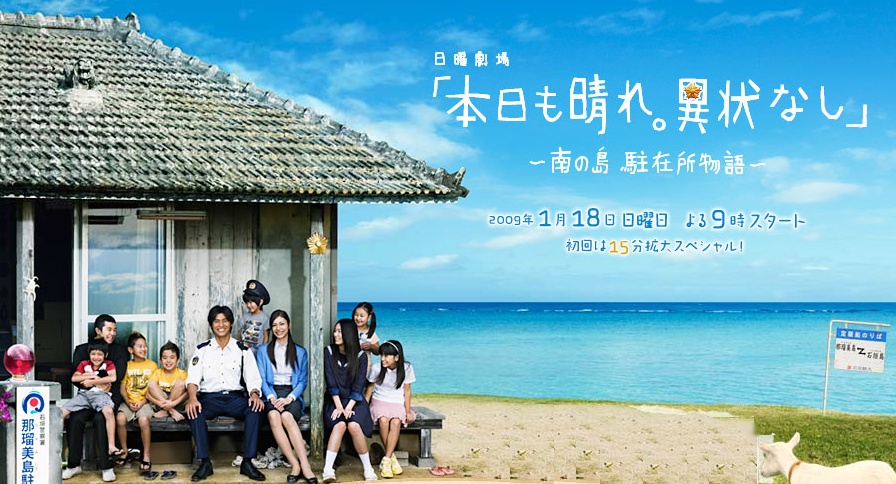 A hot-blooded and meddlesome resident police officer, Ryo Shirase, is transferred to the southernmost manned island of Narumi-jima, where the Southern Cross can be seen. At first, it is thought that the peaceful island, in which people don’t even have to lock up their houses, does not need the resident police officer, but his personality and enthusiasm gradually change the minds of the islanders, who have been suffering from an aging population, a declining birthrate, and feeling of hopelessness…