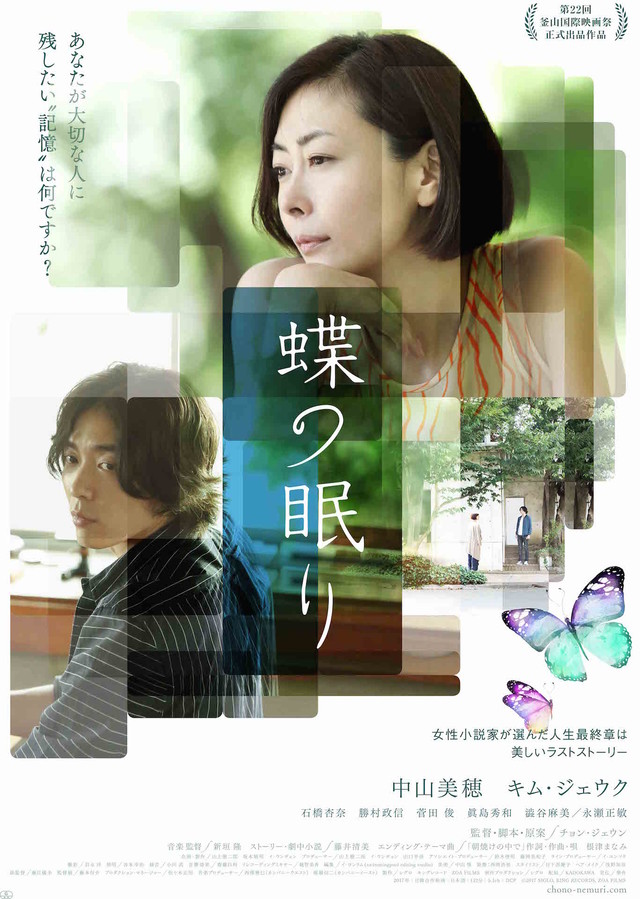 Ryoko Matsumura (Miho Nakayama) is a popular writer in her 50's. She also knows that she has Alzheimer’s. Ryoko Matsumura begins to teach at a university. She meets a young Korean man in his 20's. They become attracted to each other.

J Jing Dec 26 2019 8:43 pm when i saw the comments i was like dang the woman must be 20-30 year older than him lmao she's just like 12 13 year older.and tbh actor's usually are good looking even when they get old. i wouldn't feel strange if Kim Jae-Wook acted as a couple with a girl of 19 yaer old too. anyway. hope to see jae wook more after his last drama being well received:D

Shairli May 26 2019 8:44 pm Does this happen in the reality world.. doubt so. But, I will try to watch it. Just curious to hear KJW talking in Japanese.

and she looks gorgeous body and face... btw

Filoemna Feb 26 2019 5:04 pm I recomend to watch it. I liked the story and the acting. It,s interesting to listen to KimJae Wook talking japanese.

Sia Jan 28 2019 10:04 pm What matters is the story right? Age gap ain't a reason to criticize it cuz it is the story to be presented. I watched the movie and it was good and the acting was nice as well

lemon May 16 2018 9:55 pm Both the plot & trailer look really boring. & the romance part is uncomfortable (& quite gross too?) because of the ~30 years age gap, that I think they could have just acted as mother & son instead of lovers. it also doesn't help that visually, they DO look like mother & son.

I wonder why the writer didn't make kim jae wook's age as a ~30 years old in the movie, because he was 33y/o anyway when this movie was filmed and a guy in his 30's can be a university student too.

Gina Rafton May 10 2018 6:42 am With a 13 year real time age difference don't you think 30 years difference to act is over the top. At least the production people could have got a lady in her 50s even 60 there pretty darn good if you open your eyes to love and true beauty. Not to mention the needs they would both be having at 20 and 50 years of age. Go pull the other leg. Actors in their true age in their real age would have been so much more entertaining. Other than the obvious the actors themselves were good trying to tell the story.