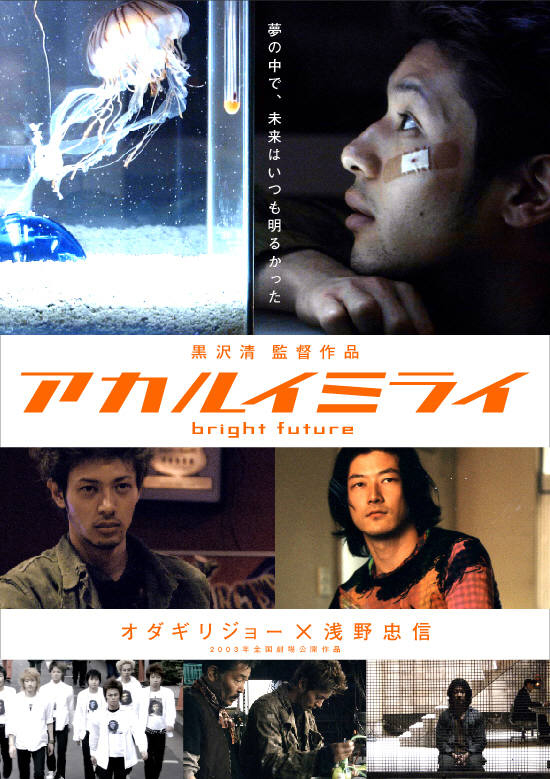 Aimless 24-year-old Yuji Nimura (Joe Odagiri) spends his free time by sleeping. He begins to work at a towel washing factory as a temp. There, Yuji meets Mamoru Arita (Tadanobu Asano) and they become friends. The boss at the factory offers Yuji a full time position, but Yuji isn't sure if its better.

At this time, Mamoru tells Yuji when he needs advice he will give a special sign to Yuji. Thumb to his chest means "wait" and thumb and index finger pointing outside means "go".

Yuji becomes about that and decides to go to his boss's home to retrieve the CD he lent to him. There, Yuji finds the man dead. Yuji tries to contact Mamoru. Later, Mamoru gives Yuji the sign to "go".