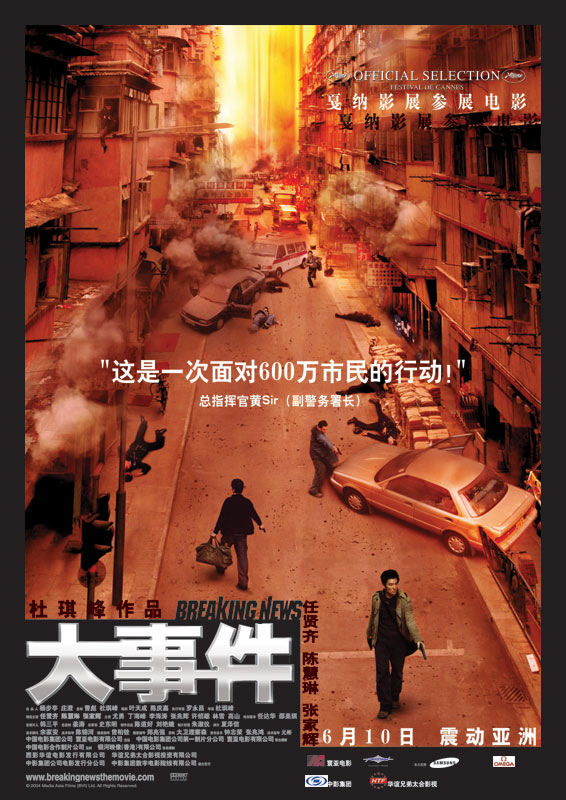 Young and reckless cop Cheung (Nick Cheung), and his CID partner Hoi (Hui Siu-Hung), stake out a band of thieves, when two traffic cops accidentally interfere and the situation escalates to a full blown shootout. The criminals - led by Yuen (Richie Ren) - escape in a hail of bullets followed by police officers. The chase takes them through the streets of Hong Kong, past a simple traffic accident where some news crews are filming. When the news crews see the pursuit, they follow, and everything after that is documented on live TV.

The criminals shoot several police officers during their escape, and in one case an officer falls to his knees and begs for mercy. They eventually escape, and the Hong Kong police is humiliated on live TV. Naturally this won’t do. The chief of police demands immediate action!

Enter Deputy Commander Rebecca Fong (Kelly Chen). She recognises the seriousness of the situation and suggests a new course of action: The police needs to get back at the criminals, and they need to do it in the public forum.

When the criminals’ new hiding place is exposed by Cheung and his colleagues, Fong orders every available PTU officer to the scene, and alerts the media. The criminals are about to get their comeuppance... and a very public one at that.