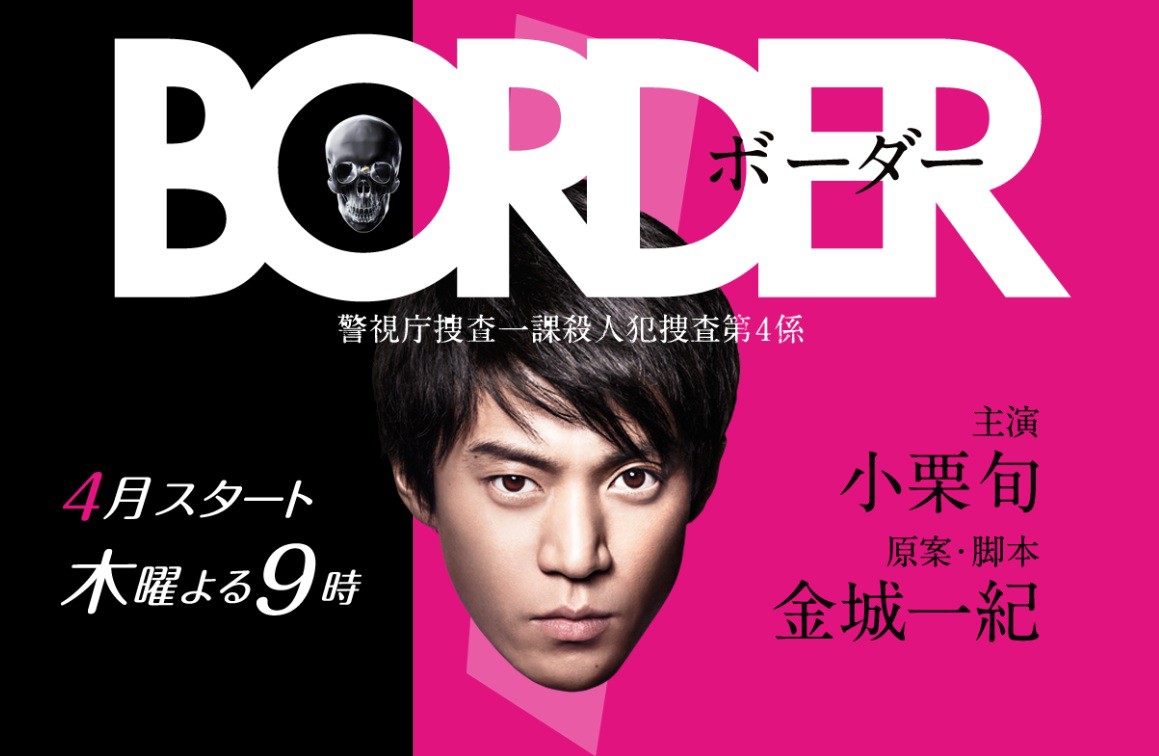 Ango Ishikawa (Shun Oguri) is a detective with smarts and a keen sense of observation. He's in a great physical shape and also highly ambitious. Ango also only focuses on his work and his personal life is pretty much non-existent.

One day, a former police officer is killed by a gun shot. Ango goes to the scene of the crime, but is shot in the head by the killer who is lurking at the crime scene. Ango hovers between life and death. At that time, he thinks to himself "where do people go after they die?" and then "I don't want to die." A miracle then happens. Anglo survives with the bullet still lodged in his head. He goes back to work.

A new murder case takes place. When Ango goes to the crime scene he notices a boy who looks like he is about to cry, but only Ango is able to see the boy. The boy is the one who was killed. Since Ango was shot, he can now see and talk with the dead.

Dive Dec 02 2019 11:57 pm I am a fan of detective series, mostly US series and I must say this Japanese series lived up to my taste and expectations. If it's a book, it's a page turner. I think I am a fan now of the lead actor. His voice is perfect.

Izz Nov 28 2019 7:22 am @Ringo This is late but... Yes, it IS based on the manga. If you could look up some of the promo materials for the series, they actually also did show the manga in it.

Masukubota Nov 08 2019 12:53 pm I finally watched the 2 SPs in Netflix and man, Higa's SP is as good as the conclusion SP! But really diggin' Higa's SP which is a two-parter. I wish there are more of this crime drama from Japan. The casts performed great!

Art Sep 21 2018 9:56 am I just finished watching this series and i have to say it’s really brilliant. From eccentric characters to engaging plot, to strong performance by both the lead- Shun Oguri and supported by a fine cast. The most interesting part wasnt about being able to see dead people at all, 40% of the time they were not much help- either dead guy is the criminal, or he would forget who killed him, or how he died, or would only help at the last part of the episode which by then Oguri would have already figured out who the perpetrator was. The most interesting part was seeing Oguri’s downward spiral from being a decent detective to one that would stop at nothing to catch the criminal. and this was what led me to think, how easy it is for anyone to become a criminal - cos anyone can be driven to the border between good and evil- could have been haunted by experiences during childhood, or by desperation from poverty, or just a desperate fight for justice.

May Feb 12 2018 9:08 pm A masterpiece. Intelligent, dark, eccentric humour and suspense! Oguri Shun is incredible in this.

FromPHwithlove Nov 05 2017 11:46 pm Interestingly, this is creepy. But all the same was so awesome. Deserves a season 2! I'm waiting already!

Ryuk Feb 06 2017 3:14 am I found this show to be quite good. You wouldn't expect for a detective and psychological show to be so serious and well done while basing everything on a fantastic concept. I saw this done in manga and animes but I never thought would work so good in a drama.

I love criminal psychology and philosophy so the last part of the show was quite a treat for me. The fall of Ango to "the dark side" was spectacular, it was like Anakin Skywalkers story all over again, not as dramatic as we all saw it in Star Wars but somehow similar. Angos desperation, anger and helplessness in the face of pure evil was so well played by master Oguri, that kept me awake by 5 AM thinking about his decision.

The ending of the show was so humane, I don't think I could have bought a different answer from Ango than the one he gave us. It was perfect for me so I disagree with the other comments that ask for a second season. I find the show and it's ending perfect.

I recommend this show for anyone who is looking for something different.

jen Oct 20 2014 9:33 am Fantastic drama. The cold, rather clammy atmosphere captures the feeling of some limbo between the living and the dead (and also between good and evil), and none of the performers strays into melodrama, exaggeration and/or irritating cuteness. Most impressive of all is the writing, which achieves an incredible combination of tightness and depth - coherent, economical, not one wasted moment, yet managing to explore big issues and ideas to do with the nature of law, justice, evil, etc. One of the best dramas I've ever seen, in any language.

Does anyone know if there will be a second season?

fifi May 12 2014 6:21 pm I love this jdrama. It's like no other. It's unlike the usual supernatural/detective dramas I've seen. Every episode has a catch and a twist you'll love and it's going to make want to watch the drama more. The way the story goes and the sequencing of events is totally going to attract audiences because each episode has a totally different story and situation from the other. Plus, Shun is really awesome and gorgeous! The rest of the cast are really good too :D I can't wait to watch the rest of it!! :D A must see drama!!