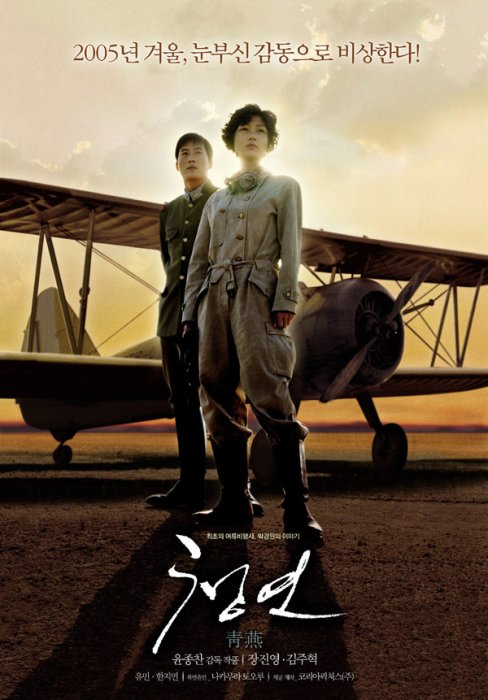 Based on the true story Park Kyung-Won, one of the first Korean female pilots.

Park Kyung-Won (Jang Jin-Young) dreamed of flying since she was a little kid. To achieve her dream of becoming a pilot, Kyung-Won, at the age of 26, travelled to Japan and enrolled in an aviation school. While studying at the aviation school, she supported herself by driving a taxi. One day, Kyung-Won picks up a male passenger, who turns out to be a Korean exchange student Ji-Hyeok (Kim Ju-Hyeok). Ji-Hyeok is attracted to her and what she was trying to accomplish. Although he begins to court Kyung-Won, Ji-Hyeok leaves to enlist in the army.

A few years later, Kyung-Won flies her first flight and becomes a pilot. Her accomplishment is well received Korea. Meanwhile, Kyung-Won takes under her wings, fellow female Korean aviation student Jung-Hee (Han Ji-Min), who wants to follow in Kyung-Won's footsteps. Also, Ji-Hyuk is discharged from the army and is commissioned as a officer in a aviation school. Ji-Hyuk and Kyung-Won meet again and soon realize their feelings are as strong as ever.

Eventually Kyung-Won hopes to take part in a long-distance flight to her home country of South Korea ...