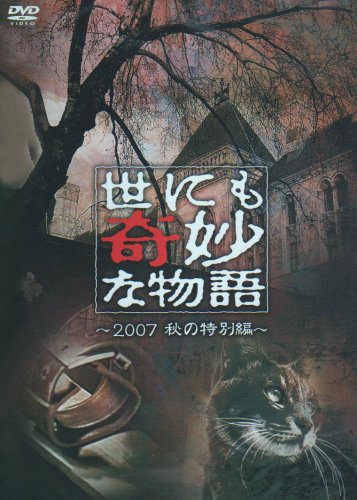 Yonimo Kimyona Monogatari (Bizarre Stories in this World)" is sort of the Japanese equivalent of the old American TV series "The Twilight Zone"; an omnibus program that presents stories of the supernatural and general weirdness.

Hosted by veteran comedian Tamori, "Bizarre Tales 2007 Autumn Special" presents five tales featuring "superstar casts." In the main drama, a "trainee angel" named Natsumi works on Earth for an advertising company. In order for her to become a fully-fledged angel, Natsumi must facilitate the meeting of a man and a woman who are destined "by fate" to spend their lives together, and she has her sights on a man who works in the same building.

In another story, Shigeru Joshima, leader of the boy band TOKIO, plays a man who has a strange encounter with a vending machine.