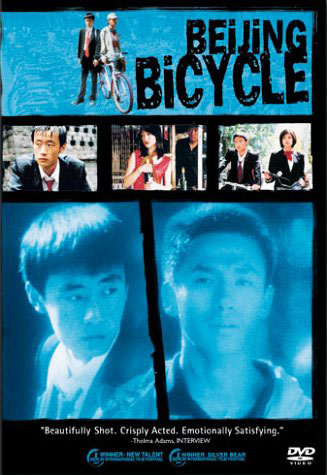 At seventeen, Guei has left his provincial town to find fame and fortune in the big city. He finds work as a bicycle courier, earning a pittance per trip until the cost of his sleek bicycle is paid off. The work is hard but he doesn’t complain, knowing that he will soon own something and be one step closer to owning other things and starting a family. Just as he is about to buy the bike from his boss, he finds that it has gone missing. Guei scours the city in desperation until he spots a young man riding it down the street. After a violent (albeit funny) confrontation, Guei learns that the kid, named Jian, bought it at a flea market. The bike has already become an important part of Jian’s life, as he uses it to impress girls and his friends. Both Guei and Jian need the bicycle to fulfil their lives, so they must share it – to comical and touching ends.