Attack on the Pin-Up Boys 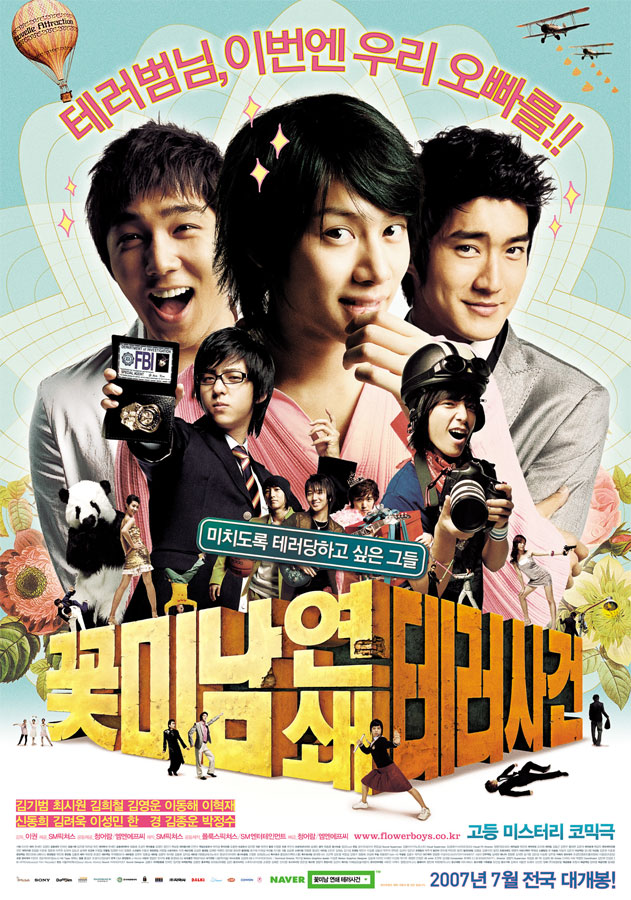 There have been mysterious instances in which male students from different high schools are getting ambushed and covered in foul-smelling dung. All victims have large egos and believe they are handsome! High school students from all around the nation are interested in who is going to be the next victim. All the boys who were targets these of terror attacks become national stars. They were at first annoyed by these attacks but, on the other hand they think that getting attacked can prove that they are the best looking guy, so they end up trying hard to get attacked and happily covered with foul-smelling dung. When one boy from the list gets attacked, it later comes out that there was no ambush. It was a big fat lie. So who is going to be the next victim? Nik Nov 16 2018 4:20 am I think the one that should be the main character is Lee DongHae. Look at his appearance in the movie, too many scenes@parts that show him.. Not Kim KiBum..?

I FREAKIN' LOVE SUPER JUNIOR TO THE BONES!!!

And I so MISS HANGENG, KANGIN, HEENIM, and most especially KIBUM!!!!

BRING THEM ALL BACK THIS INSTANT!!! >XD

maneki hobbang Oct 24 2011 10:14 am it's not because it's super junior. it's because it's freaking hilarious. that's why you should watch it.