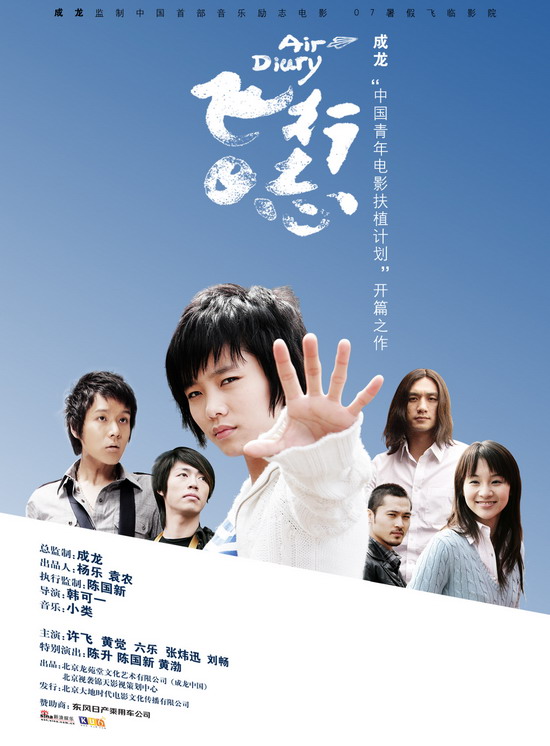 Air Diary is a Chinese semi-autobiographical film based on pop singer Xu Fei's early musical career. In the semi-autobiographical movie, Xu Fei, who's now a senior music major at university, plays a college music graduate and pub singer. After her band is signed with a record company, she finds it hard to live in the showbiz industry, and chooses to leave the world of music. But she is finally led back again by her pals. Actor Huang Jue co-stars in the movie and "Crazy Stone" star Huang Bo guest-stars in several impressive comical scenes, as a vagrant musician.