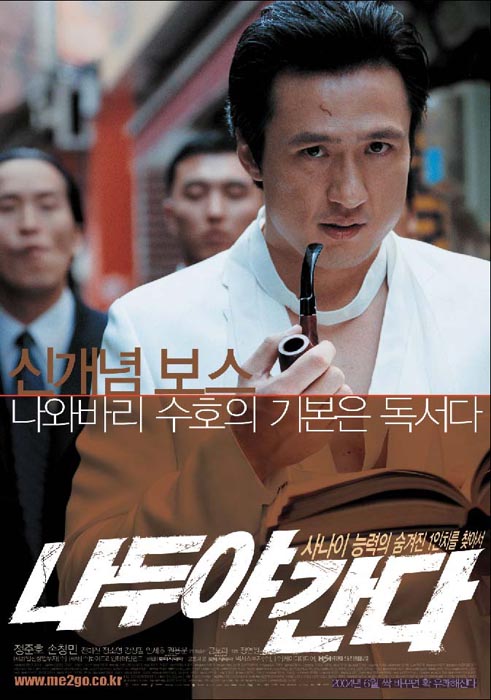 Dong-Hwa is a complete loser, whose first novel called 'I met Kafka' brought the publishing company bankruptcy. To bring home the bacon, he tries to drive a taxi but only ends up running over someone. One day Dong-Hwa is offered a job to do ghostwriting for a CEO named Man-Chul, who turns out to be the ringleader of the biggest criminal syndicate in Korea. Dong-Hwa soon finds himself perfectly at ease in the mob, while Man-Chul starts learning about the other part of the world. del Aug 25 2018 10:36 am While watching this mildly amusing film I often got the feeling that Son Chang-min and Jung Joon-ho were in different movies - the former was so intense and almost tragic, while the latter was beating his usual shtick to death. If only they'd got a better actor to play the writer, someone like Yu Hae-jin or Lee Moon-sik or... frankly almost anyone would have been better than Jung Joon-ho, whose popularity in the noughties is one of the greatest mysteries of Korean cinema.