A Night in Nude: Salvation 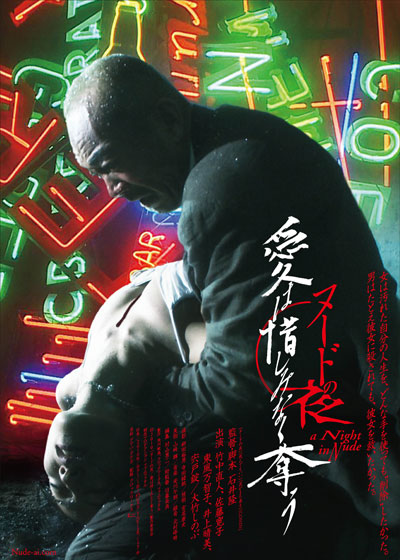 Jiro (Naoto Takenaka) is a man who can do anything for you for a price. Part odd jobs man and part private eye he takes on tasks as simple as clearing out storage lockers to tracking down lost items. That's what he's asked to do by a beautiful young woman (Hiroko Sato) who shows up at his warehouse living space one afternoon. This young woman asks Jiro to help her track down a lost Rolex watch that she says was accidentally thrown out of a helicopter while she was scattering the ashes of her late father. Jiro knows the story isn't true, but he needs the money so he and the young woman begin poking around miles of woodland in the proverbial search for a needle in a haystack. Miraculously Jiro finds the wrist watch, but it looks to be caked in rotting meat. Needy but not stupid Jiro hands the watch over to a sympathetic police woman he knows for analysis. Little does Jiro know that the discovery of this Rolex will lead to another case, one filled with violence, sex and danger, one that will lead him directly into the heart of darkness.-- Toronto J Film Pow-Wow