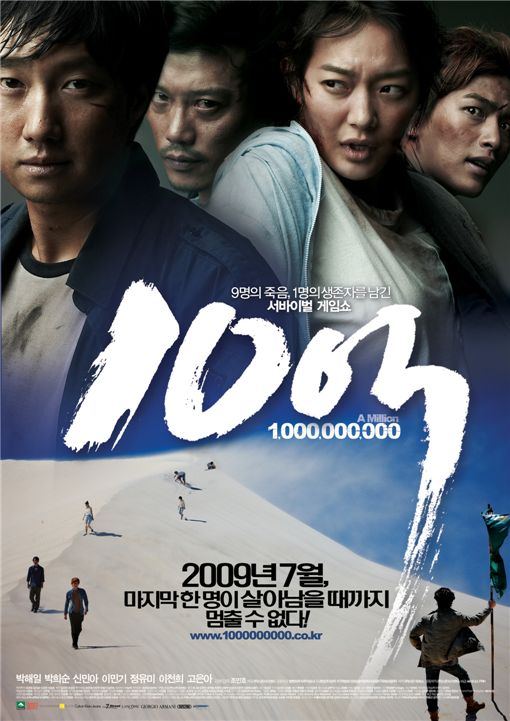 8 contestants compete for 10 billion wons ($1 Million USD) in a survival reality TV show. The challengers must spend 7 days in the Australian desert. On the second day, one contestant is found dead. The other contestants then find themselves in horrifying situations as they deal with each others' lies and deceits. jungle_fish May 02 2015 10:10 am I think this movie should be watched from the end when it tells the intention the director make them fight each other.. well that's fair enough to make them compete and fight staying to live.. all people are bad

Ashily Nov 07 2013 2:07 am AWESOME MOVIE!! The only thing is the "Perth International Airport" shown in film is a fake .. i dont want people to think that perth has a crap airport ahhaha

JulieJonh Sep 14 2013 5:06 pm WOW! Fantastic over all. I first had second thoughts on it when the movie started but then it got interesting and so on. The actors were superb, and such a good twist in the whole movie. WELL DONE CAST AND PRODUCERS!!!! <3

Asheen Apr 22 2012 6:13 am Intense movie. I loved it. There's a certain amount of suspense throughout the whole movie, even though some twists and turns become predictable, you can't stop watching.

There is a good amount of violence though, so if you can't stomach that, stay away.

Over all, an interesting watch.