A Boy Who Went to Heaven 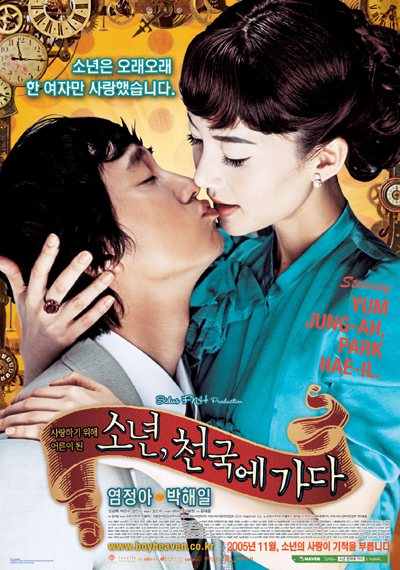 13-years-old Ne-Mo, who was born from a single mother, dreams of marrying a single mother. After the sudden death of his mother, the store which his mom operated is rented by Boo-Ja (Yum Jung-Ah), who is also a single mother. Boo-Ja lives with her son Ki-Cheol. Ne-Mo feels that Boo-Ja is part of his fate and, even though he is only 13-years-old, he proposes to her.

Ne-Mo (Park Hae-Il) wakes up 20 days later. He isn't 13-years-old anymore and is actually 33-years-old. Even though Ne-Mo went to heaven too early, he can't go back to the regular world due to rules in heaven. Ne-Mo then makes a deal with the Angel of Death. The deal is that one day for Ne-Mo will equal one year. He has 60 days on Earth, but those 60 days are really 60 years to him. Ne-Mo can only live until Christmas and he now begins his quest for love.