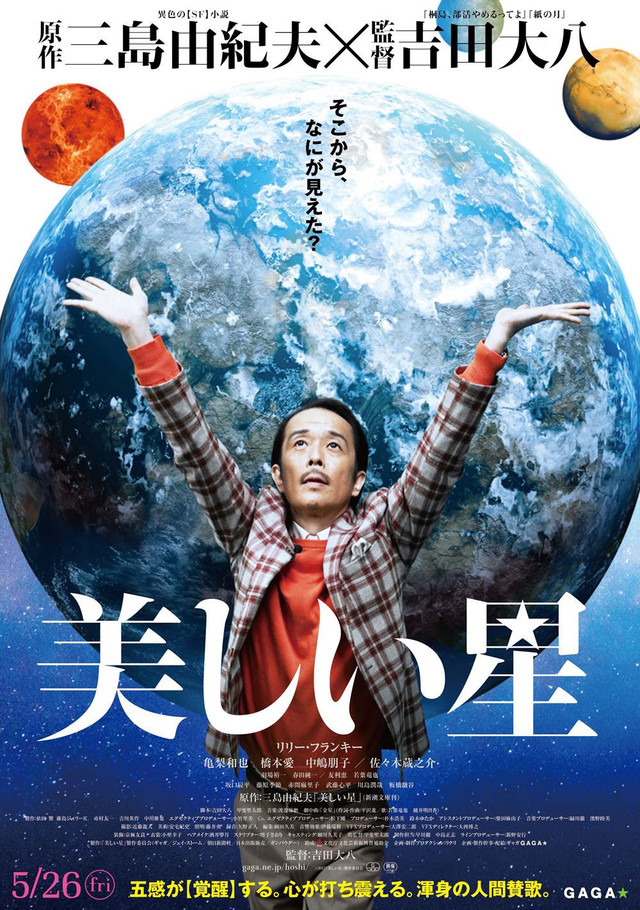 The Osugi family consists of the father Shigeichiro Osugi (Lily Franky), mother Iyoko (Tomoko Nakajima), son Kazuo (Kazuya Kamenashi) and daughter Akiko (Ai Hashimoto). The family believes the father is from Mars, the mother is from Jupiter, the son from Mercury and the daughter from Venus. They are proud that they are aliens, but they keep their true identities a secret. Shigeichiro works as a weather forecaster, Iyoko is absorbed in her weird water business, Kazuo is a freeter and Akiko is a college student with a complex about her beauty.

The family struggle to save mankind from nuclear weapons that can destroy the world.

Janekieyhshi May 30 2018 3:01 am I don't get the movie but somehow I didn't get irritated at all. Hahaha Could someone explain it please?

kazumi Feb 03 2017 9:23 am Finally the trailer!! This movie looks interesting and kinda weird maybe because it's a SF movie. Are they, the family members, really an alien or they just think they are an alien??? Can't wait to watch this movie!!