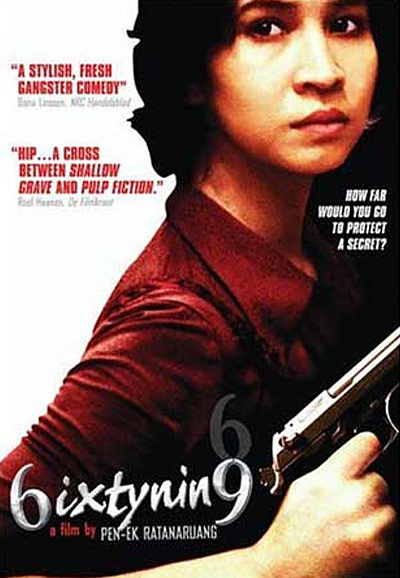 Tum is a secretary in a finance company. The ailing economy forces the company to lay-off some of its staff, and Tum happens to be one of them. The morning after, Tum, still shocked and depressed, finds a box of instant noodles in front of her apartment. Out of curiosity, she takes the box inside. But before she can decide what to do with it, there is a knock on her door. Two thugs from a Thai-boxing camp ask her if she has seen the noodle box. Out of fear, she tells them she hasn't. They don't believe her, and force their way into her flat, only to be killed, accidentally, by Tum. Just like in a movie...

Tum decides to get rid of their bodies, get a plane ticket, get a fake passport and visa made, take the noodle box with her and go spend the rest of her life somewhere else.

What if the man Tum goes to have a fake passport made happens to be the same man the noodle box belongs to? What if a neighbor who believes Tum stole her lover is planning a sordid revenge? And what if, on that very same day, Tum's closest friend also sees her sweet love affair bursts just like the economic bubble? This strange coincidence couples with the mysterious disappearance of the two thugs and the noodle box set off a chain of events, which quickly get out of everyone's control.