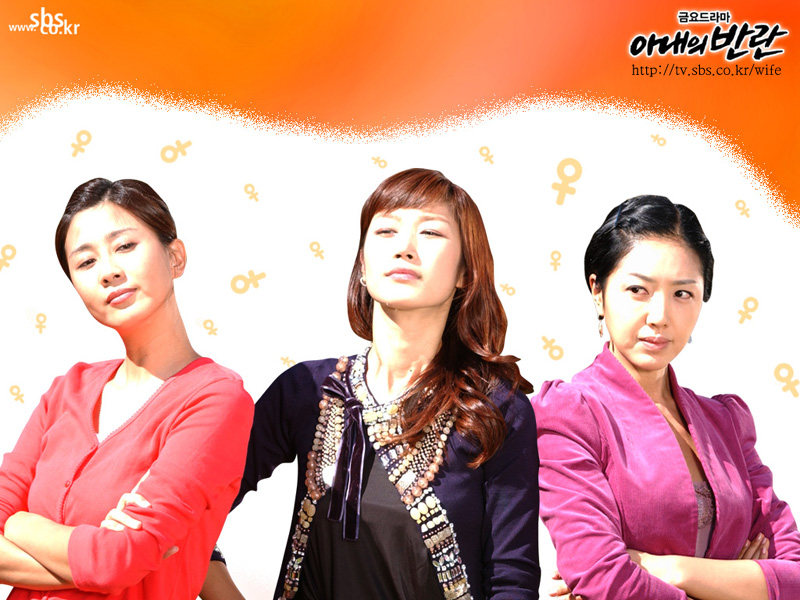 Jin-ae, Jung-kang, Pil-soon, and Jin-ju are friends since high school. Jin-ju appears to be living the happiest life that arouses jealousy among remaining friends. To everyone’s surprise, Jin-ju divorces her husband. she found out that her husband has been leading a double life having two separate homes for the past 10 years. After saying good-bye to her friends at the airport, the remaining three friends talk about the cunning behavior of Na Jin-ju’s ex-husband. Their talk evolves to all men in the world. And naturally, they begin to discuss about their own husbands. The three friends finally open up and talk about their own problems.

The three friends become excited and angry, and declare to live their lives differently from this point on. Why should wives always endure and sacrifice everything for their husbands? They bid farewell to such a passive, timid life! As such, these three friends stick together. They unite to punish their husbands and tame their rash behaviors.